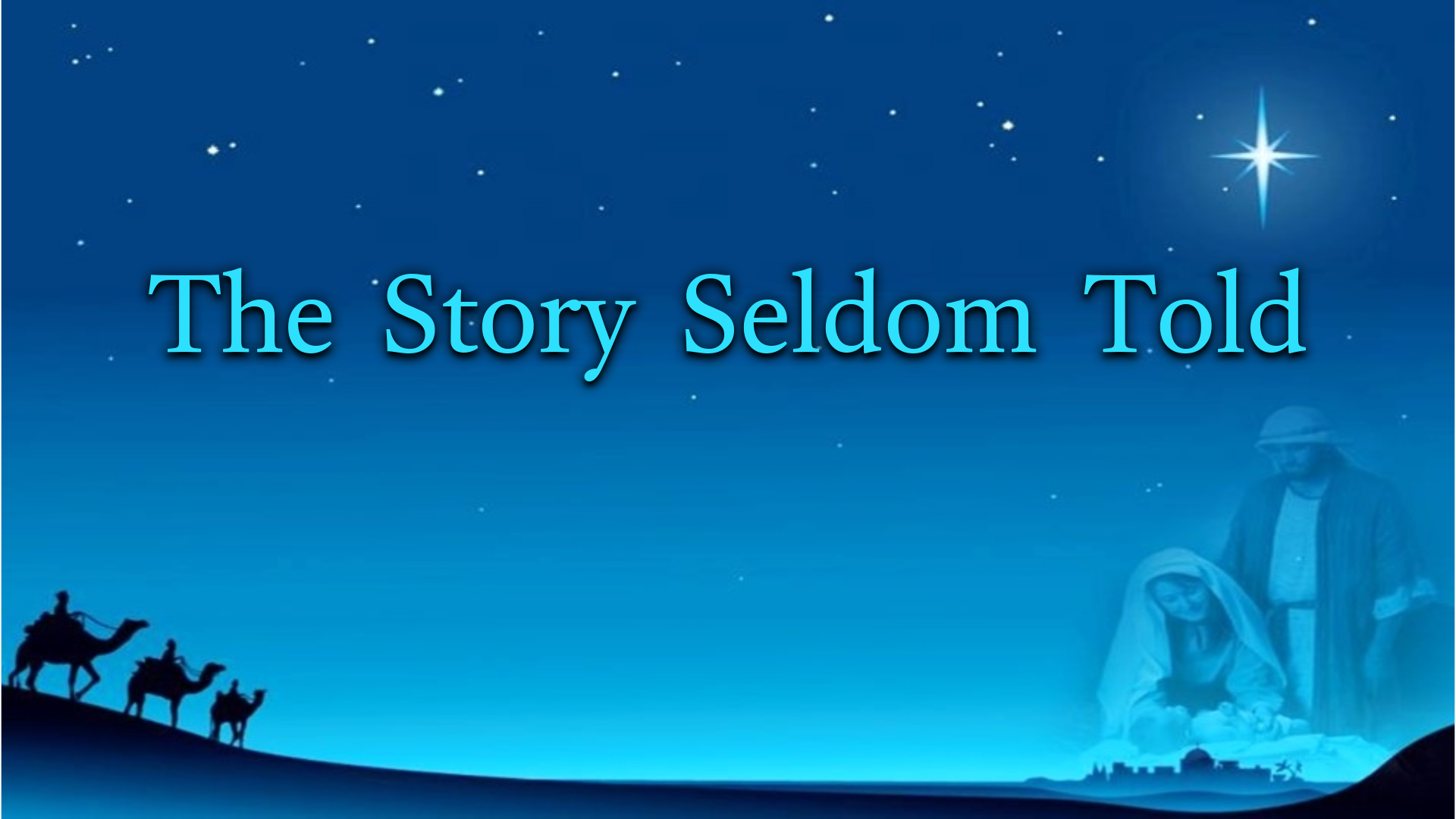 The Story Seldom Told
The Story of Royalty
Matthew 2:1-8

So, the bible never refers to the visitors as Kings or even alludes to it and the early church never identified them as kings.

So, while there were kings mentioned in the Christmas story there were only two and they didn’t come from the east.

At no point, does Jesus ever stop people from calling him king.

But even Herod’s motives behind rebuilding the temple were mixed.

And so, it was that this old man who was crippled with hate and suspicion was told about the one who was the King of the Jews.

From the very beginning the birth of Jesus was defined not by what he could get but what could he give.

There is a gap between us and God that we cannot bridge on our own.

The mission of Christ was simple, he summed it up himself in Luke 19:10, For the Son of Man came to seek and save those who are lost.

If you ask people if they know who Herod is, they will usually mention the Christmas story or the Easter story.