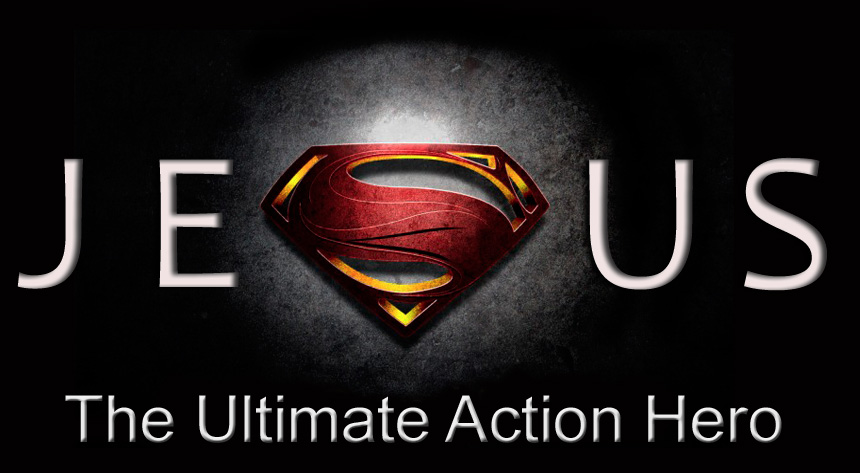 In Chapter 1 we saw Jesus, the ultimate action hero, begin his battle against the enemy, Satan, in Chapter 2 He takes the war to a new front and begins battling the religious establishment in Israel, which was just as much an impediment to entering God’s kingdom as Satan.

We need to also hear the word He speaks about the coming of God’s kingdom and His place as the central figure in that kingdom.

I can imagine the surprise and even perhaps irritation of those inside as little pieces of mortar begin falling on them and then the sun breaks through in the ceiling!

He is now moving towards the second great campaign, the battle with the religious establishment that was keeping people away from belief.

Remember now, Jesus’ ultimate goal is to let these men kill Him, so He carefully moves them in that direction by making them make a choice: worship Him or kill Him.

As far as who was expected to be included in God’s kingdom, a tax collector would have not have been on the list for the Jews.

Matthew and the paralyzed man and the Leper had something in common, they were all outcasts. Jesus reintegrated them into God’s family in two ways:

It was a wonderful day of seeing the kingdom of God reach out and take hold of the victims of the kingdom of Satan and free them of sickness and possession by evil forces bent only on violence and destruction.

As we’ll see in a moment, the demands of urgent ministry were about to be pitted against the strategic plan of His life.

It seems plausible that word of the healings had spread even further and that the demands of the evening past were now turning into the opportunities of the present.

In this case the thing that brought the Father glory was to have the Son continue to preach the gospel because short term healing without salvation is meaningless.

Healing from sin is not a demand we make for fairness, it is a request we make from a humble position on our knees, knowing we are doomed and also knowing Jesus is the only chance we have.

God is moved with compassion and will stop whatever He is doing to respond to a humble prayer for healing; even it meant putting off something else.

The conclusion is really simple: Stay in communication with God for your small part today in His great plan for eternity, not letting your surroundings move you away from that direction.

Today as we continue looking at chapter 1 of Mark we will see that this man Jesus is much more than words but is a man of action.

Jesus is coming to rescue mankind and that is surely good news. Though the people misunderstood Him, Jesus was talking about rescue from sin, not rescue from political or military occupation.

The Lord Himself comes “walking” by us at some point and says “now is the time, follow Me.” What is your decision?

Jesus spoke in a way that they knew He had authority.

That in a way sums up Jesus. Jesus came to proclaim authority over the way God communicates with man and to simply let them know who is in charge.

Though healing the sick and releasing from demon possession was not His primary mission, the love and compassion of Jesus drove Him to heal many that had been brought.

How significant are our teen years? Can events that take place between 13 and 19 impact us for our entire lives?

Mark is what I would call the Reader’s Digest of the gospels. It is the shortest, and concentrates on Jesus’ actions rather than His words.

Many heroes have come on the human scene, but only One was anointed with the Spirit and as God’s only Son, given the job of actually saving humanity.

John is saying much more than just “make way” but that no longer will humanity be enslaved to sin and will receive comfort, for not just anyone is coming, but the “glory of the Lord” who appears in the form of Jesus.

Jesus was coming to usher in a new age and throw out the evil tyrants that had taken over and enslaved the people under laws they could never hope to obey.

Notice he says the heavens were “being torn open”. It represents God intervening in the affairs of men.

Jesus relied on the Spirit for direction (as we must) and this was a vital part in the Spirit’s plan.

He was also “attended” to by angels. This could mean tending to His physical needs but also to His spiritual, as they will do in the Garden of Gethsemane.